A Bit of Progress.

Ok, I think I just recovered the way in to the old vmss website blog. The crash of my previous computer caused a great deal of grief and the last few days have been a major frustration as I found my way back.

Anyway, I have a bit of progress to show both on Althea, my A class Highlander design, and on the next build, just started on a Fort or Park ship. 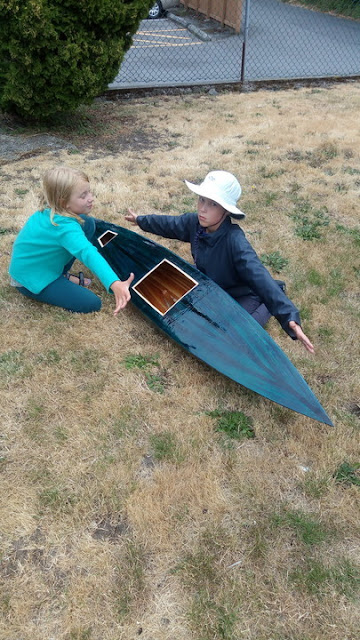 This one is Althea with my grandkids to show the scale and because they're cute. 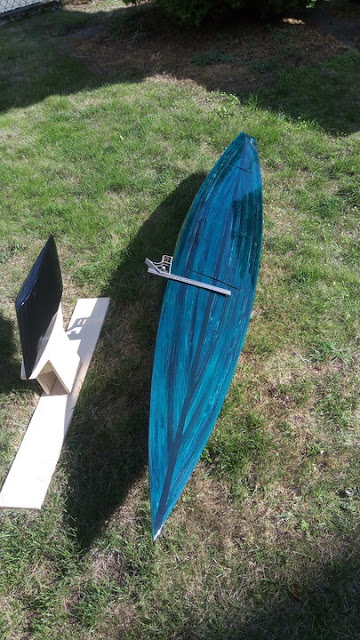 This shows both the hull and its detachable keel on the stand to the left.  That's 40 lbs of lead and a bit of cedar.  Both of these have been epoxied and rubbed down, and epoxied and rubbed down, and e-----------, to the point of nausea, but they have at last received their first two coats of varnish, the finish shows in the sun as I wanted.  There'll be several more coats of varnish to go, but the next work is the deck fittings, rudder, and rigging. 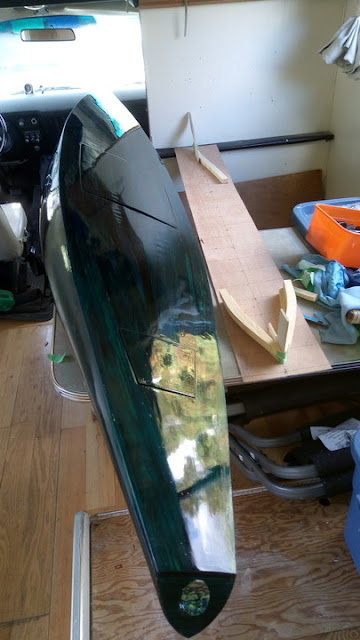 Then there is Althea's hull next to the very beginning of the Fort or Park ship build. That's clumsy but I don't yet know which of the ships built in Victoria I am going to name it. 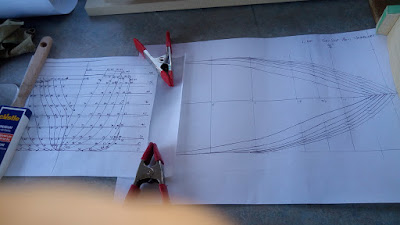 I am going to try to build this next ship using the old bread and butter technique for the bow and the stern, and then the centre is essentially a straight box that I can just put in 1/8 inch plywood. 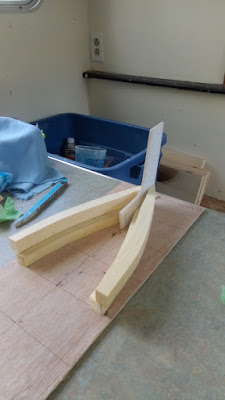 I took the original cross-section drawing and re-measured the waterlines at 3/4 inch to produce the waterline drawing on the right.

I have yellow cedar planking at 3/4 inch thick and so can bandsaw the  sections you see here.  I have a profile centre piece for the bow and stern  as you see to define the shapes of both, when it's all glued together it should be a pretty easy job to complete the carving.  I am targeting a final thickness for the yellow cedar of 1/4 inch, so that's what the sections overlap each other by for gluing.

Just to make it more complicated for myself, I am going to have to make a hook knife to carve the inside.